Bruton tyrosine kinase (BTK) has been implicated in the pathogenesis of chronic lymphocytic leukemia (CLL) and other B-cell lymphoproliferative disorders. The first-generation BTK inhibitor, ibrutinib, has shown remarkable clinical activity in CLL, mantle cell lymphoma, marginal zone lymphoma, and Waldenström macroglobulinemia, both as monotherapy and as part of combination therapy. Despite the high response rates, subsequent resistance as well as adverse effects remain challenges. Numerous second-generation BTK inhibitors are in clinical trials at varying stages of development. In this review, we discuss 3 of these compounds: acalabrutinib (ACP-196), BGB-3111, and ONO/ GS-4059.

First described in the 1950s, the syndrome Bruton X-linked agammaglobulinemia was identified as a humoral immunodeficiency. The Bruton tyrosine kinase (BTK) gene, BTK, was cloned in 1993. It consists of 19 exons, and more than 250 mutations have been described in the BTKBase database to date. The BTK gene is on the q arm of the X chromosome at the g21.1-22 locus, and the BTK protein is the transcription product. BTK is a member of the TEC family of tyrosine kinases and is found in the cytoplasm. The protein is normally phosphorylated after the B-cell receptor is activated, and it is involved in the signaling pathway that leads to B-cell differentiation (Figure). A deficiency of a functional protein leads to an arrest in B-cell maturation.1-5

After the gene was cloned, numerous studies further defined its role in B-cell receptor (BCR) signaling and maturation. It promotes cell cycle progression and blunts apoptosis via the Nf-κB and BCL-Xl pathways, respectively. The dependence of mature B cells on BTK signaling was shown in mouse models. In vitro studies revealed not only the necessity of the BCR for cell survival, but a viable small molecule target. This led to the first published report of the irreversible BCR inhibitor, ibrutinib, which selectively blocked B-cell receptor signaling and induced clinical responses in canine non-Hodgkin lymphoma (NHL) models. This was later followed by studies in humanderived chronic lymphocytic leukemia (CLL) cell lines, proving its attractiveness as a therapeutic target for B-cell malignancies.6-12

In 2012, the clinical efficacy of ibrutinib was first reported in a phase I trial consisting of 50 patients with relapsed/refractory (r/r) B-cell malignancies; the objective response rate (ORR) was 60% (69% for CLL and for small lymphocytic leukemia [SLL]). A subsequent phase I/II trial in CLL/SLL resulted in an ORR of 71%. The superiority of ibrutinib over ofatumumab in the r/r setting was demonstrated in the RESONATE study, showing a 90% versus 81% overall survival at 12 months. The response rate was also significantly higher with ibrutinib, with an ORR of 42.6% versus 4.1%.13-15

Several combination studies have been published. A combination study of ibrutinib and ofatumumab in CLL, SLL, and prolymphocytic leukemia in 3 dosing cohorts showed response rates of 100%, 79%, and 71% for the ibrutinib lead-in, combination lead-in, and ofatumumab lead-in cohorts, respectively. A study of ibrutinib with rituximab in high-risk patients provided an ORR of 95%. A randomized trial comparing bendamustine/rituximab plus or minus ibrutinib showed improvements in median progression-free survival (PFS) (13.3 months vs not reached) and ORR (82.7% vs 67.8%).16-18

In the treatment-naïve population, the randomized phase III trial of ibrutinib versus chlorambucil showed a 13% improvement in 24-month survival and 51% improvement in ORR. Ibrutinib has efficacy in the high-risk TP53 mutated/17p deleted population as well. A phase II study indicated 97% and 80% ORRs in treatment-naïve and r/r patients, respectively. In the largest trial ever reporting outcomes in r/r patients with CLL and 17p deletion, 134 patients treated with ibrutinib had an 83% ORR and a 24-month PFS of 63%. The tolerability of ibrutinib as frontline therapy for CLL in an older population was also studied, revealing a very manageable adverse event (AE) profile.19-22

The data in other B-cell malignancies are also impressive. In relapsed mantle cell lymphoma (MCL), the first phase II trial with ibrutinib provided an ORR of 68%; in combination with rituximab, the ORR was 88%. ln another randomized trial in r/r MCL with temsirolimus as the comparator arm, the PFS improved by 8 months—14.6 versus 6.2 months— and the ORR improved from 40% to 72%.23,24

In r/r Waldenström macroglobulinemia (WM), ibrutinib also has activity. The expanded phase II study for r/r WM showed an ORR of 90.5%. Patients with the mutation MYD88 L265P and CXCR WT had an ORR of 100%. Patients with the mutations MYD88 L265P and CXCR4 WHIM (indicating warts, hypogammaglobulinemia, infections, and myelokathexis) had an ORR of 85.7%, and those with MYD88 WT CXCR4 WHIM had an ORR of 71.4%. It has also shown early promise in r/r diffuse large B-cell lymphoma (DLBCL). When combined with rituximab plus cyclophosphamide, doxorubicin, vincristine, and prednisone (R-CHOP), the ORR was 100% in the activated B-cell (ABC) subtype. As a single agent, the ORR in the ABC subtype of r/r DLBCL was 25%.25-27

Primary and secondary resistance to therapy remains a clinical challenge. Whole genome sequencing performed in 5 of 6 longitudinally-followed patients with CLL who developed ibrutinib resistance showed a C481S substitution in BTK. In another analysis, 10 of 10 patients with CLL and Richter transformation had either a  BTK C481S mutation or a PLCG2 mutation. The presence of the BTK C481S mutation leads to loss of irreversible binding. The C481S mutation has 25-fold less sensitivity to ibrutinib than does the wild type.

Primary resistance in MCL appears to be more complicated. Whole exome/transcriptome profiling of serial biopsies, from ibrutinib initiation until drug resistance, in a patient with MCL showed the evolution of the BTK C481S mutation. Data revealed amplified activation of the BTK, AKT, and CXCR4-CXCL12 pathways, thought to be mediators of secondary resistance. Other experiments have shown that in ibrutinib-resistant MCL cell lines, cell proliferation is mediated through a nonclassical NF-ĸB pathway, via TRAF2 and TRAF3 mutations.33,34

DLBCL comprises a genetically heterogeneous group of B-cell lymphomas. The activated B cell–like (ABC) subtype has a gain-of-function CD79A/B ITAM motif mutation. MYD88 L265P mutations are also seen more commonly in the ABC than the germinal center subtype. The response rates to ibrutinib for ABC and germinal center B cell–like (GCB) tumors were 38% and 5%, respectively. Tumors with a mutation in MYD88 or CD79A/B WT were noted to be more sensitive to ibrutinib than tumors without such mutations.35-37

In the phase II study of ibrutinib in r/r WM, the patients with the mutations MYD88 L265P and CXCR4 WHIM had an ORR of 85.7%, and those with MYD88 WT CXCR4 WHIM had a lower ORR of 71.4%. It is thought the WHIM-like CXCR4 S338X mutation (CXCR4 WHIM) allows for a bypass circuit to the mTOR-AKT pathway in the setting of the MYD88 L265P mutation, thus conferring resistance to ibrutinib.38,39

Highlighted trials related to BTK inhibitors, other than ibrutinib, are highlighted in the Table.

Acalabrutinib (ACP-196) is a second-generation BTK inhibitor that irreversibly binds the BTK cysteine domain. It has higher selectivity for BTK as compared with other kinases, including MEC, PDGFR, EGFR, ITK, and others. The selectivity is thought to be due to acalabrutinib’s propiolamide side group versus ibrutinib’s acrylamide side group. The propiolamide side group may allow fewer off-target interactions with other kinases such as ITK, EGFR, ERBB2/4, JAK3, LYN, and SRK. While the half maximal inhibitory concentration (IC50) for BTK is roughly 3 times that of ibrutinib, the IC50 against other kinases is much higher.40-42

ONO/GS-4059 is a covalent inhibitor with a greater selectivity for BTK than for LCK, FYN, LYNA, and ITK. In vitro studies showed that the 50% inhibitory concentration of BTK by ONO/GS-4059 was only 2 nmol/L. ONO/GS-4059 showed promising preclinical efficacy, and this prompted the development of a phase I study in r/r B-cell malignancies.44-46

A total of 171 AEs were reported, 75% of which were grade 1/2. Grade 3/4 toxicities included neutropenia (n = 9; 10%), anemia (n = 12; 13.3%), and thrombocytopenia (n = 12; 13.3%). Ten patients discontinued therapy because of AEs/dose-limiting toxicities (DLTs) (n = 5 [CLL] and n = 5 [other NHL]). There was 1 reported case of new-onset atrial fibrillation, which was not thought to be drug related. There were no grade 3/4 cases of diarrhea or arthralgia. In the CLL dose-expansion cohort, the maximum tolerated dose (MTD) of 600 mg daily was reached without DLTs. In the lymphoma cohort, an MTD of 480 mg once daily was reached because 4 patients experienced DLTs (n = 1 each, for urticarial reaction, maculopapular cutaneous rash, nonimmune drug reaction, and cutaneous rash). It is unclear why the DLTs were seen in NHL versus CLL.  Other grade 3/4 toxicities included 5 lower respiratory tract infections as well as 1 urticarial rash.

BGB-3111 is an irreversible inhibitor of BTK. In preclinical models of MCL and DLBCL, it inhibited BTK auto-phosphorylation and cell proliferation. Cell culture and biochemical assays with BGB-3111 showed less off-target kinase inhibition than was seen with ibrutinib. The IC50 ratio of BGB-3111 to ibrutinib for non-BTK kinases (TEK, EGFR, ITK, JAK3, and HER2) ranged from 2- to 70-fold. The IC50 ratio:ratio BGB-3111:ibrutinib for BTK was 0.5. BGB-3111 was nearly 10 times weaker at inhibiting rituximab-induced antibody-dependent cell-mediated cytotoxicity. It has 3-fold higher potency compared with ibrutinib; it also demonstrated dose-dependent antitumor effects against REC-1 MCL xenografts, and prolongation of overall survival in a xenograft model.48

Better understanding of the structural characteristics of ibrutinib has allowed for the development of other potent, selective inhibitors. As the data on long-term efficacy and safety of ibrutinib mature, resistance and AEs remain as clinical challenges. Further elucidating resistance mechanisms will guide the development of the next generation of BTK inhibitors. Randomized trial data are needed to better address their true efficacy and AE profile. Lastly, their role as monotherapy and in combination therapy will help fine-tune the treatment armamentarium for B-cell malignancies.

Affiliations: Both Sarmen Sarkissian, MD, and Susan M. O’Brien, MD, are with the Department of Hematology and Oncology, University of California at Irvine. Dr O’Brien is also with UC Irvine’s Chao Family Comprehensive Cancer Center. 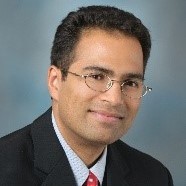 Advances in™: Diagnosis and Treatment of BPDCN Around the World!
Expires on
December 23, 2022
CME
1.5
Start Activity 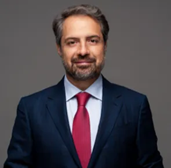 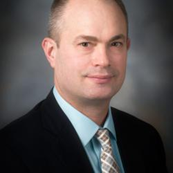