HPV-associateddiseaseinthelastdecade,occurringsimultaneously with a gradual decline in the incidence of non–HPV-associated, smoking-related cases.5 The increase in HPV-associated cases also accounts for the changing demographics of patients with oropharyngeal cancer, with a shift from older patients with a long history of cigarette smoking to a younger population (mean age, 61 years) of HPV-infected patients with a less extensive tobacco history.1,3,6

Human papillomavirus is a DNA virus that is implicated in the carcinogenesis of malignancies of the oropharynx, anus, and cervix.7,8 It is spread via sexual contact, particularly through oral sex in the case of oropharyngeal cancer.9 Once infected, HPV DNA integrates with host DNA, allowing for the production of viral proteins E6 and E7. These proteins interfere with the action of vital host tumor-suppressor proteins p53 and Rb, respectively.10 HPV-associated tumors are typically p53 wild-type, while non– HPV-associated tumors in smokers typically harbor mutated p53.11,12 Inactivation of Rb by E7 results in the overexpression of p16, a commonly used marker of HPV-association.13

Recent data from The Cancer Genome Atlas observed more complex mutational patterns among non–HPV-associated cancers compared with HPV-associated cases, with more characteristic mutation patterns affecting the nuclear factor kappa B (NF-κB) pathway.12 In addition, HPV-associated tumors tend to have lower expression of the epidermal growth factor receptor (EGFR) relative to smoking-related, non–HPV-associated carcinomas.14 Given that both wild-type (vs mutant) p53 and lower EGFR expression are correlated with treatment responsiveness and survival, these biologic differences may in part explain the difference in outcomes based upon HPV status. Additionally, HPV-associated tumors may be less hypoxic, which could increase responsiveness to radiotherapy.15

The first prospective evidence of the prognostic importance of HPV status arose from the ECOG 2399 trial. In this and other studies, the HPV-associated tumors were identified in a variety of ways. These included polymerase chain reaction (PCR) assay for viral E6 and E7 DNA, Southern blot, in situ hybridization, and immunohistochemical staining for p16.4,16,17 p16 is now a standard surrogate used for defining HPV-associated cases, based upon strong associations between positivity for HPV DNA and p16 staining patterns. And typically, HPV-associated cases are determined based upon strong nuclear and cytoplasmic staining of at least 70%.4,16-18

The current standard of care in definitive nonsurgical management of locally advanced head and neck cancer was determined by several randomized trials and a meta-analysis of more than 17,000 patients.23-25 These publications noted improved OS in patients treated with a concurrent regimen of radiotherapy to approximately 70 Gy along with concurrent chemotherapy for radiosensitization (5-year OS, 27.8% vs 24.3% without chemotherapy25). While this treatment approach yields acceptably good oncologic outcomes, both short- and long-term toxicity are problematic.

The addition of chemotherapy to radiation is associated with increased acute and chronic toxicity. In the Intergroup trial reported by Adelstein et al,24 grade ≥3 toxicity was observed in 52% of patients receiving radiotherapy alone versus 89.5% of patients treated with concurrent chemoradiation with cisplatin. Hematologic and renal toxicity, as well as nausea and vomiting, were significantly worse with chemotherapy, and a trend for worsened mucositis was observed. Similarly, an increase in late grade 3-4 toxicity from 30% to 56% with the addition of concurrent chemotherapy was observed in a subset of patients from the GORTEC 94-01 trial.23 The number of patients in this subset was small, precluding detailed analysis of toxicity patterns, although numerically, late grade 3-4 taste changes were heightened by the addition of chemotherapy.23 The goal of treatment de-intensification is to significantly diminish these treatment-related toxicities while maintaining the superior disease control and survival historically seen in this group of patients.

One approach to treatment de-intensification therefore involves the dose reduction or elimination of chemotherapy or replacement of chemotherapy with a targeted agent for HPV-associated cases. For example, the ongoing RTOG 1333 (NRG HN-002) trial26 compares a radiotherapy-alone regimen versus radiotherapy plus reduced-dose cisplatin in locally advanced HPV-associated disease in non-/light smokers (≤10 pack-years).In the chemotherapy arm of this trial, cisplatin is delivered weekly during 6 weeks of radiotherapy at 40 mg/m2 (total = 240 mg/m2), a decrease from the historical standard of 100 mg/ m2 every 3 weeks for 3 cycles (total = 300 mg/m2). However, retrospective data suggest that the experimental arm with low-dose weekly cisplatin results in significantly improved severity of mucositis.27 Potential limitations of this approach are that risk is defined entirely on clinical criteria, without molecular markers or chemoselection to identify the most treatment-responsive patients. Albeit in a mixed population that included more smokers, radiation alone resulted in 3-year freedom from locoregional recurrence of only 65% among p16-positive patients treated in the Bonner trial.28

In current practice, large portions of the pharyngeal axis and soft tissues of the neck receive high doses of radiotherapy, with the toxic effects accentuated by radiosensitizing chemotherapy. When delivered along with concurrent chemotherapy, radiotherapy results in severe acute and late toxicity (grade 3-4) in approximately 80% and 25% to 60% of patients, respectively.18,23,24 Commonly encountered acute toxicities include mucositis, dysphagia, and dermatitis, which can all be quite pronounced.23,24 Following curative therapy, many patients note chronic xerostomia and dysgeusia, negatively impacting quality of life.32,33 Permanent dysphagia, in some patients leading to gastrostomy tube dependence as well as speech-related toxicity, may also occur in a radiation-dose and volume-dependent fashion.34-38 Given the multitude of radiation-associated toxicities, an important potential means for decreasing the toxicity of treatment in locally advanced disease is to reduce the dose to and volume of normal tissue irradiated. In part, gains have already been made in this regard, via the standardized use of intensity-modulated radiotherapy (IMRT) in the treatment of cancers of the head and neck, which has resulted in decreased rates of xerostomia and other long-term toxicities.39,40 Nevertheless, further efforts are necessary to limit the long-term sequelae of chemoradiation.

The RTOG 1333 (NRG HN-002) trial, already described for its evaluation of cisplatin dose reduction, also integrates radiotherapy dose reduction in both arms. In the least aggressive arm, 60 Gy is delivered in standard 2-Gy fractions without chemotherapy, albeit at a slightly increased intensity via the delivery of 6 fractions per week instead of 5. This dose fractionation is also used in the reduced cisplatin dose arm. 26 Results of the ECOG 1308 trial, presented at the 2014 Annual Meeting of the American Society of Clinical Oncology, tested more aggressive radiotherapy dose reduction to 54 Gy delivered in 2-Gy fractions over 5½ weeks with concurrent cetuximab in patients with complete response to induction chemotherapy with 3 cycles of cisplatin, paclitaxel, and cetuximab delivered every 3 weeks. This argues that clinical complete response to chemotherapy would be a predictor of greater radiation sensitivity. Patients with less than a complete response received 69.3 Gy in 2.1-Gy fractions concurrent with weekly cetuximab. Complete response was observed in 71% of patients.

Results of this trial demonstrated superb outcomes of both reduced-dose radiotherapy and the substitution of cetuximab for standard cisplatin, ranging from 87% for patients without complete response who were treated with low-dose radiotherapy plus cetuximab and up to 97% in the most favorable subset of patients.41 As a benchmark, the 3-year survival estimate in low-risk non-/light smokers with HPV-positive disease treated with 70 Gy of radiation and high-dose cisplatin in RTOG 0129 was 93%.19 Additionally, the toxicity of concurrent therapy was promising, with 1% grade 4 toxicity (lymphopenia) and low rates of grade 3 toxicity.41 While publication of the full results of this trial is awaited, the findings presented indicate the potential of reduced-dose radiotherapy along with cetuximab following aggressive induction therapy to achieve excellent disease control with a favorable long-term toxicity profile. In addition, a proposed ECOG-ACRIN phase III trial would compare this approach with standard cisplatin and 70-Gy radiation in the best prognosis subset of patients with T1-3, N0-N2b cancer with <10 pack-years tobacco exposure.

Surgical resection is a modality that is often applied in the treatment of oropharyngeal cancer. Traditionally, to gain sufficient access to the oropharynx for resection, a mandibulotomy was required, with significant functional and cosmetic detriments as a result.42 Severe complications may be noted in nearly one-quarter of these patients, with operative mortality in approximately 3%.43 Recent technological advancements led to the development of transoral robotic surgery (TORS), a final method for the diminution of long-term toxicity in HPV-associated cases. Transoral robotic surgery utilizes miniaturized instruments that operate with enhanced degrees of freedom articulation, which when coupled with magnification allows for accurate dissection in anatomically constrained areas such as the pharynx.42 Compared with traditional transcervical approaches, TORS results in greater functional preservation while maintaining acceptable disease control.42 Additionally, TORS may improve rates of margin-negative mucosal resections compared with open surgical techniques, potentially reducing the need for chemotherapy in addition to adjuvant radiotherapy.44

The ongoing ECOG 3311 trial is testing the combination of transoral resection and risk-based, de-intensified, adjuvant radiotherapy or chemoradiation in locally advanced HPV-associated oropharyngeal carcinoma.45 In this study, patients with T1-2N0-1 cancers resected with negative margins and neck dissection are deemed low risk and observed without adjuvant therapy. Patients with high-risk features including extracapsular spread, positive margins, or several (≥5) positive nodes are treated with weekly cisplatin and radiotherapy to 66 Gy. Patients with intermediate-risk disease are randomized to radiotherapy alone with 50 Gy versus 60 Gy using standard daily fractionation.

The future standard treatment of HPV-associated squamous cell carcinoma of the oropharynx is undefined, pending the results of ongoing trials. It is likely that these patients will be treated with de-escalated therapies for each of the 3 utilized modalities in the future. Based on the randomized trials mentioned, over time, traditional cytotoxic chemotherapy may be replaced by targeted agents such as cetuximab, coupled with reduced-dose IMRT-based radiotherapy. Should such approaches prove successful, the quality of life for patients cured of their disease by chemoradiation should be significantly improved.

Disclosures: Dr Burtness has served as a consultant or on a paid advisory board for Merck, Boehringer Ingelheim, VentiRx Pharmaceuticals, and MedImmune; has provided expert testimony for Johnson & Johnson; has grants pending from Kolltan Pharmaceuticals, Advaxis, and Merck; has received grants from Merck; and has received honoraria from the American Society of Clinical Oncology and the National Comprehensive Cancer Network. Dr Rutter has no relevant conflicts of interest to disclose. Dr Husain has attended conferences or meetings from ASTRO and NRG Oncoloyg. 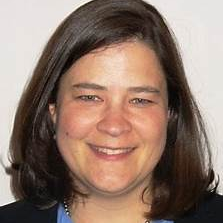