In spite of advances in molecular profiling and targeted treatments, traditional cytotoxic chemotherapy remains the standard-of-care, first-line treatment for the vast majority of patients with advanced non-small cell lung cancer. Given the toxicity of this approach, there has historically been a reluctance to administer such therapy to those regarded as less robust, including elderly patients and patients with impaired performance status (PS). Recent studies have demonstrated, however, that platinum-based cytotoxic doublet therapy is an appropriate choice for these so-called “special populations,” including for older patients and for those patients with an Eastern Cooperative Oncology Group PS of 2 who wish to maximize overall survival.

Oral, targeted therapies represent an important advance for patients with metastatic non-small cell lung cancer (NSCLC), but only a minority of patients are eligible for these approaches. It is true, however, that agents such as gefitinib, afatinib, and erlotinib in EGFR-mutated NSCLC and crizotinib in ALK-translocated NSCLC are sufficiently efficacious and nontoxic that patients with these subtypes of lung cancer often warrant treatment even when they are in a weakened state.1 This cannot be said of cytotoxic chemotherapy, which, unfortunately, remains the only anticancer treatment option for the vast majority of patients with NSCLC. It is certainly possible that in an individual patient the risks of cytotoxic chemotherapy could exceed the benefits, and treatment with chemotherapy could lead to worse survival and quality of life. This is most likely to be the case in patients who are chemorefractory, whose cancer has progressed following multiple prior lines of chemotherapy, and in the initial treatment of less-robust patients in whom first-line chemotherapy has increased potential for morbidity and mortality.

Unfortunately, NSCLC frequently is a disease of the less robust as well as a disease of the elderly. The median age at diagnosis is 70 years. In an analysis of the national Surveillance, Epidemiology, and End Results (SEER) database from 2008 to 2012, 68.6% of patients diagnosed with lung cancer were 65 years or older, 36.7% were 75 or older, and 9.1% were 84 years or older.2 Approximately one-third to one-half of all patients with lung cancer have an Eastern Cooperative Oncology Group (ECOG) performance status (PS) of 2 to 4.3 In spite of their overrepresentation within our practices, these subgroups of patients have been underrepresented in the clinical trials that have established the standard-of-care treatment for advanced NSCLC.

The benefit of platinum-based chemotherapy in advanced NSCLC was definitively accepted only 2 decades ago, with the publication of a meta-analysis of platinum-based chemotherapy compared with best supportive care (BSC). ECOG 1594,4 a randomized comparison of 4 platinum-based doublets in advanced NSCLC, solidified the equivalent efficacy of the majority of the current preferred first-line platinum partners: paclitaxel, docetaxel, and gemcitabine. Only pemetrexed5 and nab-paclitaxel6 have been added to the first-line armamentarium since then. However, only 20% of the patients included in the ECOG 1594 trial were 70 years or older.7,8 While the patients 70 years and older did as well as the younger patients, given the relative paucity of older patients relative to the general population, it is reasonable to conclude that these patients represented particularly “fit” elderly patients who may not have been representative of older patients as a group. Other cooperative group trials in advanced NSCLC similarly had representation of elderly patients at less than 30%, and therefore may not be representative of the true elderly population.9-13

Therefore, although ECOG 1594 validated the current standard of care of platinum-based doublets when it was published in 2002, treatment of the general elderly population, as well as treatment of patients with ECOG PS 2 or greater, remained a very much open question. ECOG 4599, the study demonstrating the efficacy of bevacizumab added to chemotherapy, similarly included only patients with ECOG PS 0-1, and only 25% of patients enrolled were 70 years or older.10,15

Because of a lack of initial data supporting the use of first-line, platinum-based doublet chemotherapy in both the elderly and patients with poor-PS NSCLC, these 2 groups are often lumped together as “special populations.” It is important to realize, however, that while there is overlap between these populations, the challenges surrounding the use of chemotherapy in each of these populations are distinctly different, so evaluating these 2 groups separately is warranted. Determination of physiologic age, or an evaluation of life expectancy and functional reserve through a formal geriatric assessment, better correlates with chemotherapy tolerance than chronologic age. Patients with poor PS always demonstrate poor functional reserve, and whether that poor PS is determined by the cancer or other comorbidities may not be relevant to a patient’s ability to tolerate chemotherapy.

Given the concerns about chemotherapy in elderly patients, the first landmark study to look specifically at an elderly patient population included a BSC arm that was compared with single-agent vinorelbine. The Elderly Lung Cancer Vinorelbine Italian Study (ELVIS)13 randomly assigned 161 patients 70 years and older (range, 70-86 years) to either BSC or vinorelbine 30 mg/m2 on days 1 and 8, repeated every 3 weeks until disease progression or a maximum of 6 cycles. Overall survival (OS) was statistically improved for patients taking vinorelbine, with a median survival of 28 weeks versus 21 weeks in the BSC arm (P = .03). The hazard ratio (HR) was 0.65 (95% CI, 0.45-0.93) in favor of the vinorelbine arm, in which the 1-year survival was 32% versus 14% in the BSC group. In addition, quality-of life-benefits, as determined by the European Organization for Research and Treatment of Cancer (EORTC) core questionnaire (QLQ-C30) and the lung cancer–specific module (QLQ-LC13), were observed in the vinorelbine arm. The ELVIS study therefore established single-agent chemotherapy as a reasonable standard of care in elderly patients with advanced NSCLC. The debate continued, however, as to whether the best approach in elderly patients was single-agent chemotherapy or the same platinum-based doublets used in younger patients. Proponents of the latter strategy argued that age is just a number and that there is no reason to adjust our standard-of-care approach based upon something so arbitrary. Indeed, it is the presence of comorbid conditions that better predicts poor outcomes in NSCLC rather than age.16 Defendants of the single-agent approach rightfully argued, however, that the elderly as a group have more comorbidities, and even those elderly who were deemed sufficiently fit to enroll in cooperative group studies of platinum-based doublet therapy nevertheless experienced increased toxicity compared with younger patients.8,12 Therefore, the only appropriate evidence-based approach established prospectively to demonstrate benefit within the elderly population was single-agent chemotherapy.

At the initiation of this debate, it was not necessarily clear that doublets were superior to modern single agents in any patient with advanced NSCLC. Therefore, this was the question posed by the CALGB 9730 trial.11 Patients with advanced NSCLC were randomly assigned to receive single-agent paclitaxel versus paclitaxel in combination with carboplatin. Survival was indeed better for the platinum-based doublet in the population as a whole (median survival). Twenty-seven percent of the patients enrolled in this study were 70 years or older. This was, however, still not an elderly-specific study. Mixed results were seen in randomized, elderly-specific approaches comparing non– platinum-based doublets versus single agents in the elderly.17,18

Ultimately, the question of whether the elderly are best served by single-agent or doublet chemotherapy was most directly addressed in a study by the French Intergroup.19 A total of 451 treatment-naïve patients aged 70 to 89 years were randomly assigned to either single-agent chemotherapy (vinorelbine or gemcitabine) versus a modified dosing schedule of carboplatin and paclitaxel (carboplatin administered at an area under the curve [AUC] 6 weeks with paclitaxel 90 mg/m2 on days 1, 8, and 15). Toxicity was increased in the doublet cohort, with more neutropenia and asthenia. However, survival was unequivocally improved in the doublet arm, with a median survival of 10.3 months and a 1-year survival of 45% versus, in the single-agent arm, a median survival of 6.2 months and a 1-year survival of 25% (P <.0001). This survival benefit was realized even in the subgroup of patients older than 80 years (25% of the study population), as well as those with ECOG PS 2 (27% of total group). Therefore, it is now established that for elderly patients with advanced NSCLC who wish to maximize OS, platinum-based doublet chemotherapy is the standard of care. A more recent comparison of carboplatin with either standard paclitaxel or albumin-bound paclitaxel (nab-paclitaxel) showed similar efficacy overall, but rather surprisingly showed dramatically improved survival for the subgroup of patients 70 years and older in the nab-paclitaxel arm (median survival, 19.9 vs 10.4 months; HR, 0.583; P = .009).20 Elderly-specific trials of nab-paclitaxel–based therapy are planned.

In conclusion, first-line, platinum-based, cytotoxic chemotherapy should be offered to patients with advanced NSCLC and no actionable mutations regardless of age if maximizing OS is consistent with the patient’s goals. It is less clear from the data whether bevacizumab offers benefit, but it is reasonable to offer it to elderly patients who do not have contraindications to the taking bevacizumab.

While the elderly have been underrepresented in many clinical trials, patients with poor PS have typically been excluded from clinical trials. It is fair to say that there is no evidence supporting the use of cytotoxic chemotherapy in patients with PS 3 or greater. Erlotinib has been used in patients with PS 3, and in the second- and third-line setting, erlotinib has been shown to be better than BSC in terms of progression-free survival (PFS) and OS in molecularly unselected patients.23 In a study of molecularly unselected patients felt to be unfit for first-line cytotoxic chemotherapy due to poor PS (≥2) and/or multiple comorbidities,24 erlotinib demonstrated improved PFS but not OS in the population as a whole. However, patients taking erlotinib who developed a rash did have an OS advantage relative to those receiving placebo.

Once again, however, CALGB 9730 was not a study specific for patients with PS 2, so it could be argued that such a study is required. Fortunately, one now exists. In a study performed almost exclusively in Brazil, 205 patients with ECOG PS 2 with treatment-naïve, advanced NSCLC (later amended to include only nonsquamous histology) were assigned to either single-agent pemetrexed or the combination of pemetrexed plus carboplatin.25 The response rates (10.3% vs 23.8%; P = .032) and PFS (2.8 vs 5.8 months; HR, 0.46; P <.001) were significantly better in the combination arm. Most important, however, the OS was also significantly better; patients taking the combination had a median OS of 9.3 months versus 5.3 months for the patients treated with single-agent pemetrexed (HR, 0.62; P = .001). One-year survival rates were 40.1% versus 21.9%, respectively. Not surprisingly, anemia and neutropenia were more frequently observed in the combination arm. It can therefore be concluded that for patients with PS 2 who are interested in maximizing OS and who are willing to undergo cytotoxic chemotherapy, carboplatin-based doublet therapy is indicated and is superior to single-agent therapy.

In summary, for patients with ECOG PS 2 who are diagnosed with advanced NSCLC and who do not have an actionable mutation, platinum-based doublet chemotherapy should be offered to those wishing to maximize OS.

In a way, the treatment recommendations for elderly patients and patients with ECOG PS 2 are simple. The most appropriate treatments for advanced NSCLC are exactly the same as for anyone else. Platinum-based doublet chemotherapy as first-line treatment for patients without actionable mutations is standard of care. That, however, is where the simplicity ends, because what is true of these so-called “special populations” is true of the treatment for all patients with advanced lung cancer: the treatment must be consistent with the patient’s individualized wishes and goals. In addition, immune checkpoint inhibitors display a side effect profile very different from that of traditional cytotoxic chemotherapy. Therefore, with the demonstrated efficacy of these agents in advanced NSCLC,26,27 we will once again need to sort out which patients may or may not be appropriate for treatment.


Affiliation: Tracey L. Evans, MD, is from the Abramson Cancer Center of the University of Pennsylvania.

Disclosure: Dr Evans is a board member of Wissahickon Hospice (nonprofit), and has served as a consultant or on a paid advisory board and received honoraria from Celgene Corporation, Eli Lilly and Company, and Genentech. 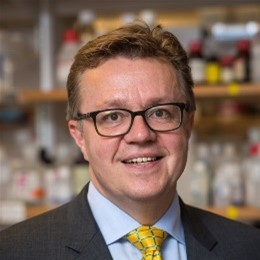 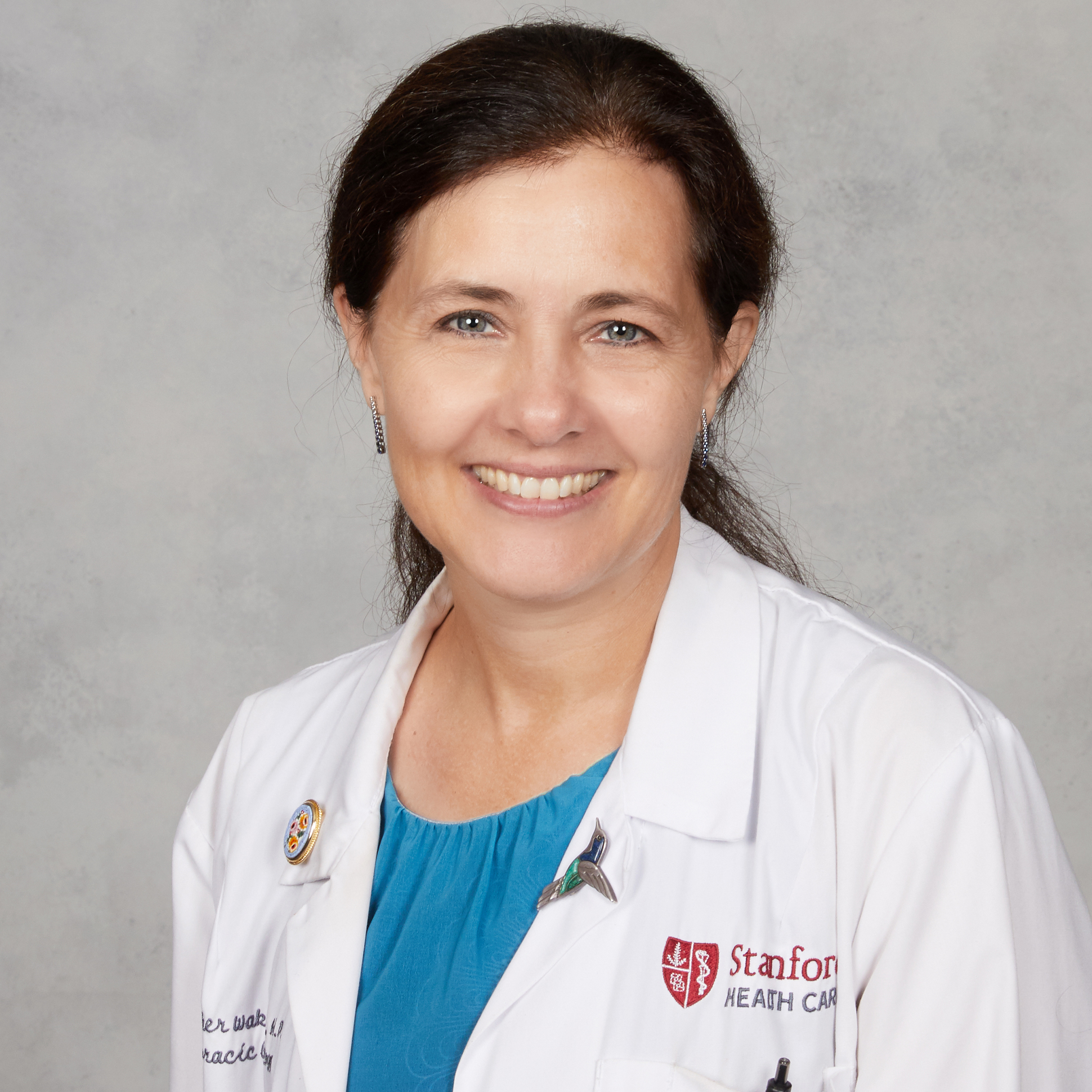