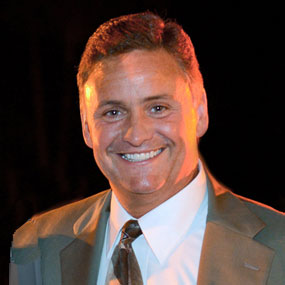 In this month’s issue of The American Journal of Hematology/Oncology®, we cover 3 hematologic malignancy case reports, present an article that looks to the future of checkpoint inhibitor therapy, and offer a CME activity highlighting new therapeutic targets and approaches to hepatocellular carcinoma (HCC) treatment. The CME article is an interview with Ghassan K. Abou-Alfa, MD, a medical oncologist at Memorial Sloan Kettering Cancer Center, who offered his insights on current and emerging treatment approaches in patients with HCC.

Ahmad and colleagues share their case of a patient with nodular lymphocyte–predominant Hodgkin lymphoma (NLPHL) who had the added complication of hemophago- cytic lymphohistiocytosis (HLH). The patient’s NLPHL showed the unusual feature of cyclin D1 expression, which, to the authors’ knowledge, has not been previously reported. They recommend that patients with high clinical suspicion of HLH should promptly initiate immunochemotherapy to reverse the otherwise high likelihood of a fatal outcome.

In “End-stage Myeloma With Extramedullary Plasmacytomas in the Era of Novel Therapies,” Celotto and co-authors describe a case of multiple myeloma in which the patient developed extensive extramedullary disease that was refractory to novel therapies, including monoclonal antibodies.

In the case presented by Siricilla and colleagues, a patient with JAK2 V617F-positive polycythemia vera (PV) and BCR/ABL mutation had to be treated with both a tyrosine kinase inhibitor (TKI) and a Janus kinase (JAK) inhibitor. The authors noted an increase in the JAK2 V617F mutational burden in patients who were given TKI therapy. This case illustrates the importance of screening for BCR/ABL mutation in PV or other myelo- proliferative neoplasms when an atypical clinical course is encountered.

Researchers and clinicians are looking beyond checkpoint inhibitors, according to the article by Kavecansky and Pavlick. The authors emphasize the importance of under- standing the tumor microenvironment and its interactions with the immune system. They anticipate that the next direction of immune therapy will include mechanisms to increase innate activation of antitumor T cells, alter the tumor microenvironment so that it will confer immunogenicity to the tumor, engineer an antitumor immune response through adoptive T-cell therapy, and inhibit tumor-mediated immune suppression.

As always, thank you for reading!