Metastatic renal cell carcinoma involving the left atrium and pulmonary vein is a very rare entity and has only been reported 4 times in the literature to our knowledge. This has traditionally been managed surgically but we re- port our experience with mammalian target of rapamycin (mTOR) inhibitor therapy—temsirolimus. The treatment resulted in significant regression of the tumor but more importantly, dramatically improved patient’s symptoms.

Most cases of cardiac metastasis from renal cell carcinoma   (RCC) involve the vena cava or right atrium.1 Left heart metasta- ses are relatively uncommon, and involvement of the pulmonary vein is an extremely rare and challenging scenario with only    four cases reported to date.1 All the previously reported cases  were treated with surgical resection of the intra-atrial  mass.
Surprisingly, there is paucity of documented reports of using mammalian target of rapamycin (mTOR) inhibitors in cardiac metastases from RCC. We report a case in which clear cell RCC invaded the left atrium via the right pulmonary vein and was treated non-surgically with temsirolimus. To  our  knowledge,  this is only the fifth occurrence of its kind and only second    time when an experience with mTOR inhibitor has been shared in cardiac metastases from RCC.1,2 This case demonstrates no obvious involvement of the inferior vena cava. The treatment resulted in significant regression of the intrathoracic disease  with dramatic symptomatic relief to the  patient.

A 56-year-old woman came to our clinic with gross hematuria and left flank pain. Computed tomographic (CT) scan showed  a large inhomogeneous mass arising from the left kidney for which she underwent open radical nephrectomy. Pathology reports from the specimen confirmed a 9 × 7 × 6.5 cm, grade 4 clear cell RCC contained within the renal capsule. All surgical margins (renal artery, renal vein, ureter, and Gerota  fascia) and examined lymph nodes were negative for malignancy. The patient was doing reasonably well for approximately 2 years   when a CT scan of the chest showed a left upper lobe mass and   a right lower lobe nodular density measuring 17 × 25 mm and   35 × 22 mm, respectively. Results of a CT-guided fine needle biopsy of the left upper lobe mass showed clear cell metastatic RCC and overall findings were suggestive of bilateral pulmo-  nary metastatic disease. There was no evidence of metastatic disease elsewhere in the body. The patient was given 7 cycles of sunitinib resulting in resolution of the right lung metastasis and significant reduction in the size of left lung metastasis. Patient thereafter underwent a successful thoracotomy with left upper lobectomy. At this point, patient was radiographically rendered “no evidence of disease.” The patient had a stable course for approximately a year, at which time she reported acute onset dyspnea on exertion. A chest CT scan showed right hilar lymph- adenopathy, tumor in the right inferior pulmonary vein, and lobulated tumor thrombus in the left atrium (Figure 1). After several multidisciplinary discussions, it was concluded that the metastases were not amenable to surgery, and that radiation  could cause catastrophic pulmonary vein rupture. Thus, it was decided to start intravenous temsirolimus therapy at a dose of   25 mg weekly. Patient tolerated the treatment well with minimal adverse effects and after 14 weeks of temsirolimus therapy, CT scan showed significant regression of the intrathoracic disease (Figure 2) with relief in symptoms and dramatic improvement    in dyspnea. Patient is currently reported to have stable disease    at almost 11 months from the diagnosis of cardiac   metastasis.

Cardiovascular involvement from RCC, although rare and  limited to case reports, is a reasonably well-recognized entity.   The usual pattern of spread (Table 1) involves renal vein (33%), inferior vena cava (5%-15%) and right atrium (1%).3,4 Right ventricular metastases are relatively uncommon (10-15 cases reported to date), and while metastasis to the left side of the heart is exceedingly rare, involvement of the pulmonary veins   has only been reported 4 times.1,5 Some other unconventional vascular sites include superior vena cava, hepatic-portal system, and the carotid artery.6-8 Despite such underwhelming  numbers, it is interesting to note that cardiac metastases were shown to be present in 11% of patients who died of  RCC.9

Cardiac involvement is presumed to be due to 1 of 2 mecha- nisms: (1) hematogenous spread from the renal vein to the right side of the heart, or (2) through lymphatic vessels of the thorax that allow for the spread of disease to the myocardium and left pericardium, the latter being associated with poorer progno- sis.9,10 Also, in the great majority of cases, the tumor reaches the heart through a neoplastic thrombus within the inferior vena cava.3 Cardiac metastases without inferior vena cava involve-  ment is extremely rare but can occur through systemic hema- togenous seeding or by direct extension from either mediastinal or lung lesions.1 In the context of left atrial metastases via pul- monary vein, in 3 of the 4 reported cases the tumor originated from the metastatic lung mass, and in the remaining case, from the mediastinal lymph node.1 Our case is highly unusual in   this regard because the left atrial invasion via pulmonary vein was detected approximately a year after left upper lobectomy with no evidence of a pulmonary lesion on previous surveillance  CT scan, which makes hematogenous seeding as the possible mode of spread. Furthermore, left heart metastases tend to be clinically silent and often appear late in the course compared with those on the right side, but in our case it appeared   quite abruptly with rapid onset of dyspnea.11 Two of the four reported patients were asymptomatic at the time of detection of left atrial/pulmonary vein metastases, while the other two experi- enced syncope and  dyspnea.1

Surgical metastasectomy using a  cardiopulmonary bypass  with or without hypothermia remains the generally preferred modality for isolated cardiac and inferior vena cava metastases. Sternotomy is the most commonly used approach, but a thora- co-abdominal incision has also been successfully employed.12-14 Serial echo-guided percutaneous coil embolization has also been used successfully for surgically inoperable cardiac metastases from RCC.15 Radiation therapy is avoided in pulmonary venous metastases—not only due to the risk of catastrophic  pulmo-
nary vein rupture, but also because RCC is often resistant to radiation therapy. All of the four reported cases with pulmonary vein/left atrial metastases were treated with resection of the left atrial mass accompanied by pneumonectomy, but cardiothoracic surgeons deemed our patient’s disease inoperable. Therefore, we opted for a conservative mTOR inhibitor therapy with temsiro- limus. The use of targeted therapy has been very rarely reported in cardiac metastasis from RCC. More so, the experience with mTOR inhibitor therapy has only been reported once  prior
to this case but the treatment response is unclear from that study.2  Our patient showed decent tolerability to the drug   with excellent radiographic and clinical response. Some of  the
other indications for mTOR inhibitor therapy in RCC are high lactate dehydrogenase level, low hemoglobin, high  calcium, poor performance status, >2 sites of metastatic disease and <1  year from diagnosis to start of systemic therapy.16 These parame- ters are generally indicative of an aggressive disease process and have also been incorporated in the National Comprehensive Cancer Network (NCCN) guidelines. A few case reports have   also described tyrosine kinase inhibitors (TKI) such as pazopanib and sunitinib in both, neoadjuvant (prior to cardiac metastasec- tomy), and inoperable settings.17,18 Some potential therapeutic options include other TKI’s like axitinib and the newly   approved cabozantinib, immunotherapy—such as high dose IL-2 and check- point inhibitors—but their utility and safety in inoperable cardiac metastases is not known. 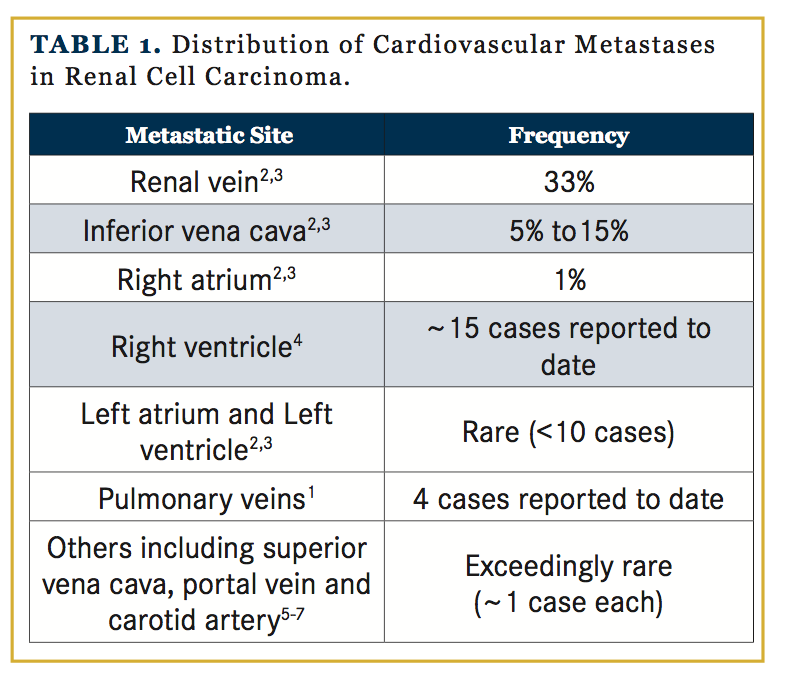 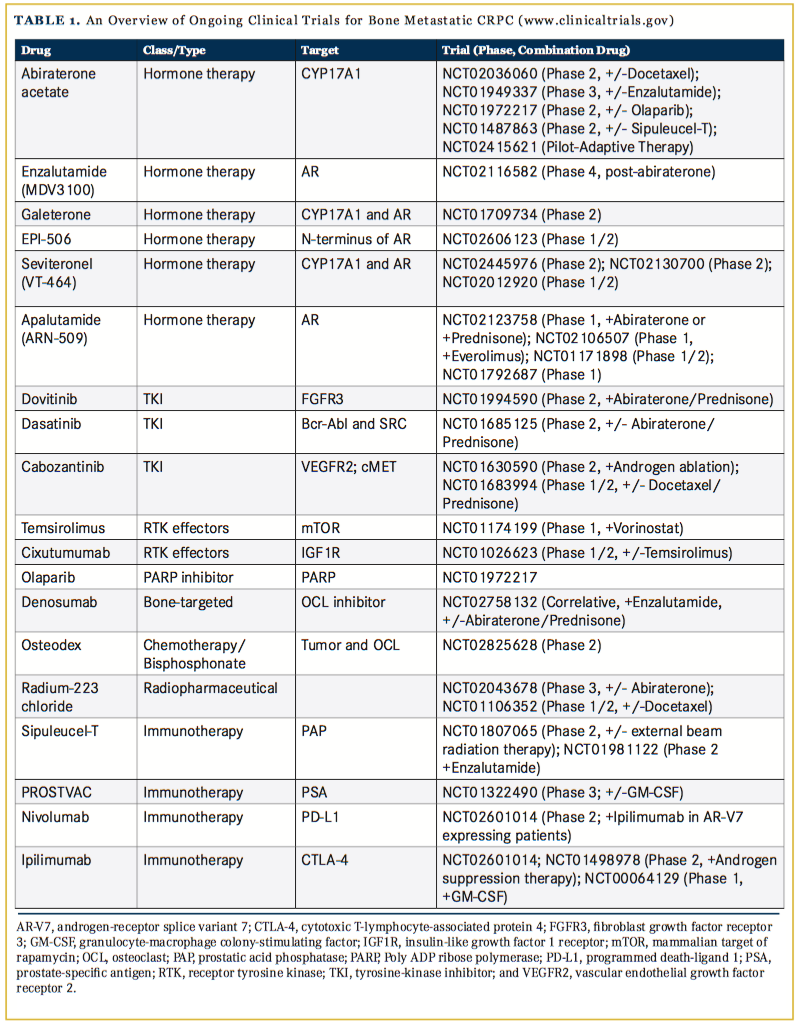 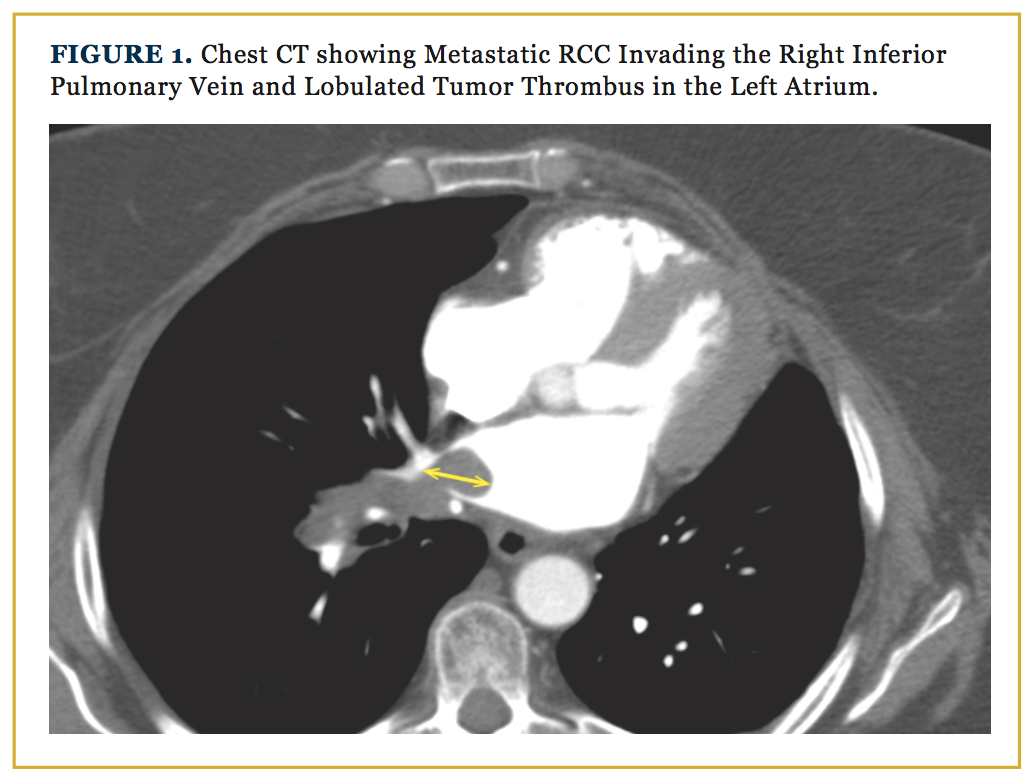 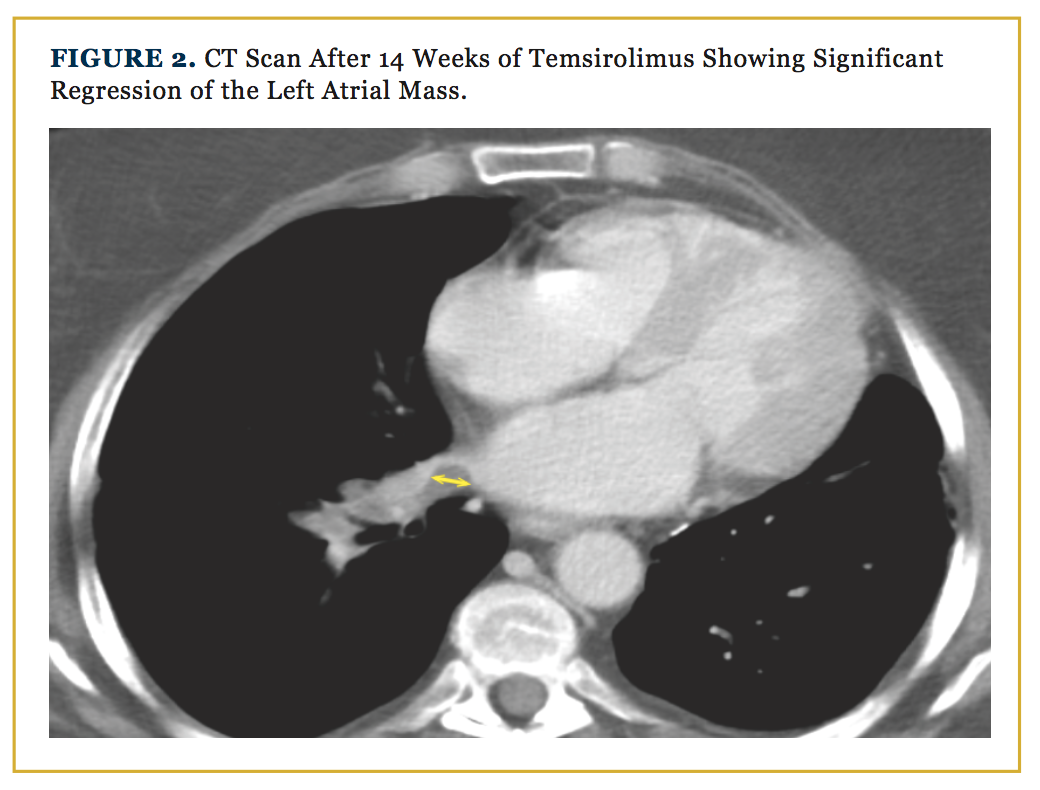