The treatment of refractory colorectal cancer includes 2 new FDA-approved oral agents, each producing modest improvement in overall survival. This article reviews the mechanism of action, efficacy, and differences in side-effect profiles of the new agents. The potential exists for each of the 2 agents to exert synergy when combined with other treatments in colorectal cancer. This article also reviews biomarker-directed emerging therapies in refractory colorectal cancer, with a focus on immunotherapy in mismatched repair-deficient patients, BRAF and EGFR inhibitors in BRAF-mutated patients, and agents such as stem cell inhibitors and heat shock protein 90 inhibitors in EGFR inhibitor–refractory patients.

The treatment options for both first-line and second-line metastatic colorectal cancer in the modern era include combination chemotherapy and/or biologics. However, researchers have made incremental progress with the addition of new therapies such as angiogenesis inhibitors on the foundation of fluoropyrimidines. In addition, in RAS wild-type tumors, EGFR inhibitors and fluoropyrimidine-based therapies provide other treatment options in both first-line and second-line settings.


Regorafenib: The First Single Agent
Mechanism of Action and Efficacy

The most common adverse effects (AEs) of regorafenib were fatigue, hand and foot syndrome, diarrhea, anorexia, and voice changes; up to 93% of patients experienced AEs, and as many as 54% were grade 3 or 4, most of which were manageable. The potential of liver toxicity, hemorrhage, dermatologic side effects, and hypertension led to frequent dose reduction (38% vs 3%) and dose interruptions (61% vs 22%) of regorafenib compared with placebo, respectively. Because of the rare but potentially fatal toxicity of liver failure, it is important to check liver function tests in patients taking regorafenib every 2 weeks for the first 2 months and then monthly or as frequently as indicated after 2 months.

Although most AEs are not life threatening, dose modifications were required in most patients. In treatment trials, the full dose of regorafenib (160 mg orally daily for 21 days of a 28-day cycle) has been very difficult to tolerate, and most oncologists start at a lower dose, such as 80 mg or 120 mg. In general, patients can rarely be titrated to the full dose. The CORRECT study established regorafenib as a new treatment for refractory colorectal cancer; in fact, it has emerged as an option for standard of care. However; because of its tolerability issues, there is an urgent need to refine the optimal dosing for this drug.

One way of lowering the active dose of regorafenib is through combination therapy. Because of its synergy with irinotecan in vitro, a phase II study using regorafenib in combination with FOLFIRI (irinotecan, 5-fluorouracil [5-FU], and folinic acid) demonstrated an acceptable safety profile.3 This led to a phase II randomized study to test progression-free survival (PFS), comparing FOLFIRI + regorafenib versus FOLFIRI + placebo in second-line patients with colorectal cancer. This study has finished accrual; investigators are eagerly awaiting its results.


Trifluridine/Tipiracil: A Second New Agent
Mechanism of Action and Efficacy

In 2015, trifluridine/tipiracil (TAS-102) was also approved as a single agent in patients with refractory colorectal cancer. There are both similarities and differences between trifluridine/ tipiracil and 5-FU, a form of fluoropyrimidine.

Researchers have found 5-FU to be an essential component in the treatment of colorectal cancer; it works by inhibiting thymidylate synthase to reduce the amount of deoxythymidine triphosphate (dTTP) to deprive the substrate for DNA synthesis in the tumor. Trifluridine/tipiracil has 2 components: the active chemotherapy component is trifluridine, which is incorporated into DNA synthesis in the form of F3dTTP so that the final DNA products in tumor cells are dysfunctional and lead to inhibition of tumor growth.4 The second component, tipiracil, inhibits the rapid metabolism of trifluridine, significantly prolonging its half-life.5

In a phase II study conducted in patients with refractory colorectal cancer, trifluridine/tipiracil improved OS from 6 months to 9 months compared with placebo,6 which led to the phase III RECOURSE study. In patients with metastatic colorectal cancer that had progressed through 2 or more lines of standard therapies—which included fluoropyrimidine, irinotecan, oxaliplatin, bevacizumab, and EGFR inhibitors of KRAS wild-type—trifluridine/tipiracil demonstrated an OS benefit from 5.3 months to 7.1 months over placebo.7 Such benefit was statistically significant (HR, 0.68; 95% CI, 0.58-0.81; P <.001) and persisted based on prespecified subgroup analysis that included age, gender, geographic location, KRAS status, and prior lines of treatment, even prior regorafenib exposure. A unique feature of trifluridine/tipiracil is its ability to significantly delay time to deterioration of performance status to ECOG 2 compared with placebo (HR, 0.66; 95% CI, 0.56-0.78; P <.001). Such characteristics distinguish trifluridine/tipiracil from regorafenib, suggesting that the new treatment may have better tolerability compared with regorafenib and may be fulfilling an unmet need for an agent with efficacy and relative tolerability in patients with refractory colorectal cancer.


Adverse Effects and Tolerability of Trifluridine/Tipiracil

In the RECOURSE study, both trifluridine/tipiracil and placebo had similar overall AEs (98% vs 93%); however, trifluridine/ tipiracil had higher grade 3 AEs (69% vs 52%). The most common laboratory abnormality was myelosuppression, which is the most common reason for dose reduction, thus requiring the routine checking of complete blood count every 2 weeks. Other common AEs were nausea, vomiting, decreased appetite, fatigue, and diarrhea, all of which are manageable.

Deficient mismatch repair (dMMR) carries a poor prognosis in metastatic colorectal cancer, but represents less than 5% of the metastatic patient population. It is also called microsatellite instability because of its frequent accumulation of mutations in the microsatellite region of the tumor DNA, and so has 100-fold more mutations compared with mismatch repair-proficient colorectal cancer.11 Immunotherapy, such as with PD-1 inhibitors, works best in tumors with high mutational load, such as melanoma12; therefore making colorectal cancer with dMMR an ideal candidate for therapy with a PD-1 inhibitor.

In a phase I study of 15 patients in which vemurafenib (BRAF inhibitor) was combined with panitumumab (EGFR inhibitor), the ORR was an impressive 12%.14 On the other hand, MEK activation is an important mechanism for BRAF mutation resistance to BRAF inhibition, a validated pathway in melanoma, and seems to be the case in colorectal cancer as well. In a phase I/II study of 20 patients with BRAF-mutated colorectal cancer, the combination of BRAF and MEK inhibitors produced an ORR of 10%.18 When an EGFR inhibitor was added to the combination of BRAF and MEK inhibition in a second group of 26 patients, the ORR increased to 26%, suggesting synergy between the inhibition of EGFR, BRAF, and MEK in BRAF-mutated colorectal cancer. The same study showed no DLT, and the most common AEs for both the doublet and the triplet therapies were dermatitis (55% vs 47%) and diarrhea (45% vs 60%).

Chemotherapy is known to synergize with EGFR inhibitors in RAS wild-type patients, so the safety and activity of adding a BRAF inhibitor were tested in a phase I study in 19 patients that used the combination of an EGFR inhibitor, a BRAF inhibitor, and irinotecan. The DLT were arthralgia and diarrhea, the ORR was 35%, and the PFS was 7.7 months, an impressive preliminary efficacy signal in heavily pretreated patients with colorectal cancer with BRAF mutation.19,20

These studies indicate the possible synergy between BRAF and EGFR inhibition in BRAF mutation–positive colorectal patients, suggesting the need for validation in randomized studies.

Potential Therapy in HER2+ Colorectal Cancer

Newer agents in colorectal cancer include AUY 922, a heat shock protein 90 (HSP 90) inhibitor. HSP tends to stabilize proteins important in cancer progression, such as mutated p53, a protein that is associated with poor prognosis in colorectal cancer, including RAS wild-type tumors.22 In a phase I study of 16 patients with cetuximab-refractory colorectal cancer, AUY 922 and cetuximab showed median OS of 37.7 weeks without DLT; this regimen was associated with a 62% rate of grade 3 AEs, mostly anemia, nausea, vomiting, and dehydration, all of which were easily manageable.24 Such encouraging preliminary OS in a chemotherapy-free regimen is certainly worth exploring.

Stem cells are resistant to systemic therapy, can differentiate into cancer cells, and are capable of self-renewal without any nutrients; this is a strategy exploited by refractory colorectal cancer cells, including RAS wild-type tumors. When combined with panitumumab in patients with KRAS wild-type colorectal cancer, the stem cell inhibitor BBI608 demonstrated a PFS of 16.4 weeks compared with 9 weeks for the panitumumab-naïve group.25

This phase I study enrolled only 24 patients, yet such drastic difference suggests the potential of a stem cell inhibitor’s ability to resensitize KRAS wild-type colorectal cancer to EGFR inhibitors.

Although Hsp 90 and stem cell inhibitors address different mechanisms of action, both are promising agents that can possibly reverse EGFR-inhibitor resistance, an exciting possibility for patients with refractory colorectal cancer.

The most exciting new data come from stem cell inhibitors. In a phase I study for patients with heavily pretreated colorectal cancer, with a median of 4 prior lines of treatment, the stem cell inhibitor BBI503 showed 19.1% of grade 3 AEs that can be easily managed.26 For patients whose tumor expresses Nanog, a biomarker that promotes proliferation, migration, and poor prognosis in colorectal cancer, BBI503 showed a disease control rate of 56% compared with 13% in patients without Nanog expression (P =.040).27 The study suggests that a stem cell inhibitor could potentially overcome poor prognosis factors such as Nanog (Table 2).

In another phase I study that enrolled only 9 patients (4 without bevacizumab and 5 with bevacizumab), the stem cell inhibitor BBI608 was studied in combination with FOLFIRI +/-bevacizumab in a heavily pretreated patient population; no DLT was seen.28 The disease control rate was 100%, with an impressive PFS of 23.7 weeks, again indicating possible synergy between stem cell inhibition and chemotherapy in refractory colorectal cancer.

Two new therapies are now approved for refractory colorectal cancer, regorafenib and trifluridine/tipiracil, both of which have demonstrated OS advantage over placebo. Each of the 2 agents has a different AE profile and may be suited for different patient populations based on tolerability. Both agents are being explored in combination with other biologic or chemotherapy treatments to improve their efficacy in colorectal cancer. There are many new classes of emerging agents in colorectal cancer, such as a combination strategy using BRAF and EGFR inhibition, which shows promise as backbone therapy for BRAF-mutated colorectal cancer. Stem cell inhibition signals dramatic activity in heavily pretreated patient population. As an immunotherapy, the most promising agent thus far is the PD-1 inhibiting antibody pembrolizumab in patients with mismatch repair-deficient colorectal cancer.. 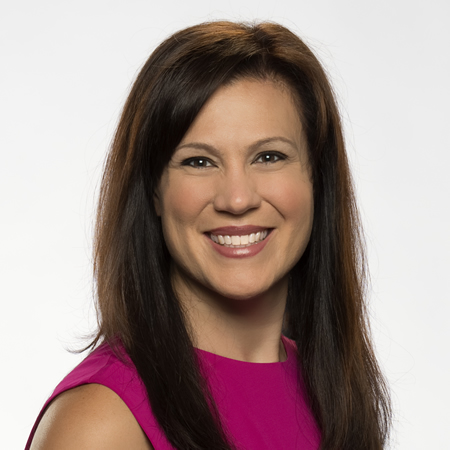