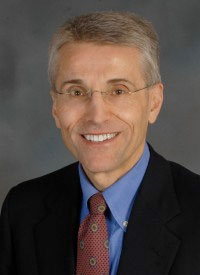 The FDA has approved rucaparib (Rubraca) as a treatment for patients with BRCA-positive advanced ovarian cancer who have received at least 2 prior lines of chemotherapy, according to Clovis, the manufacturer of the PARP inhibitor.

The approval is based on data from 106 patients across 2 trials, including the ARIEL2 study. In a pooled analysis of data from the studies, the objective response rate (ORR) was 54% (95% CI, 44-64) with rucaparib.

"Today's approval is another example of the trend we are seeing in developing targeted agents to treat cancers caused by specific mutations in a patient's genes," Richard Pazdur, MD, director of the Office of Hematology and Oncology Products in the FDA's Center for Drug Evaluation and Research and acting director of the FDA's Oncology Center of Excellence. "Women with these gene abnormalities who have tried at least two chemotherapy treatments for their ovarian cancer now have an additional treatment option." Click here to read the full article at OncLive.com