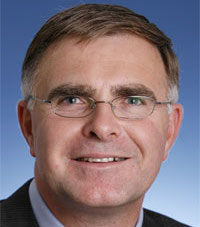 The FDA has approved daratumumab (Darzalex) in combination with lenalidomide (Revlimid) and dexamethasone or bortezomib (Velcade) and dexamethasone for patients with relapsed multiple myeloma following at least 1 prior therapy, based on findings from the phase III POLLUX and CASTOR studies.1,2

“This is an exciting day for patients with multiple myeloma in the United States, who will now have the opportunity to receive Darzalex at an earlier point in treatment of their disease," Jan van de Winkel, PhD, CEO of Genmab, which codevelops daratumumab with Janssen, said in a statement. “We believe daratumumab has the potential to become a backbone therapy for multiple myeloma.”Click here to read the full article at OncLive.com