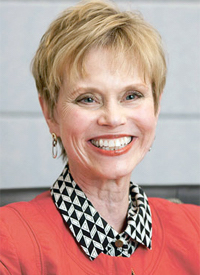 The FDA has expanded the approval for bevacizumab (Avastin) in ovarian cancer to include patients with platinum-sensitive recurrent disease as part of a combination regimen with chemotherapy followed by continued use of the angiogenesis inhibitor, according to Genentech, which developed the drug.

The approval is based on results from 2 randomized controlled phase III studies, GOG-0213 and OCEANS. GOG-0213 demonstrated that adding bevacizumab to chemotherapy led to a non-statistically significant median overall survival (OS) difference of 5 months compared with chemotherapy alone (42.6 months vs 37.3 months, respectively; HR, 0.84).

Both studies demonstrated a significant improvement in progression-free survival (PFS). In the GOG-0213 study, median PFS improved by 3.4 months with the addition of bevacizumab to chemotherapy compared to chemotherapy alone (13.8 months vs 10.4 months, respectively; HR, 0.61; 95% CI, 0.51-0.72), according to Genentech.Click here to read the full article at OncLive.com