Use of “next-generation” hormonal therapy for metastatic castration-resistant prostate cancer following the FDA approvals of abiraterone and enzalutamide has allowed for some early observations: 15% to 25% of patients are unresponsive to both of these agents up front; 20% to 30% have transient responses of 2 to 3 months; and the remainder have significant benefit, with median responses in the 9- to 15-month range. A high degree of cross-resistance between abiraterone and enzalutamide has also been observed, limiting routine sequential use of these well-tolerated drugs.

Our entry into “next-generation” hormonal therapy for metastatic castration-resistant prostate cancer (mCRPC) following the FDA approvals of abiraterone and enzalutamide has matured enough for some important, albeit still early, observations: 15% to 25% of patients are unresponsive to both of these agents up front; 20% to 30% have transient responses of several months; and the remainder have significant benefit with median responses in the 9-15 month range.1 Additionally, there is now broad recognition of a high degree of cross-resistance between abiraterone and enzalutamide, with response rates in the 15% to 30% range when patients cross over to the alternative agent.

The androgen receptor remains a key target in mCRPC, and many investigative groups are pursuing hypotheses to explain de novo and acquired resistance.

Treatment of advanced prostate cancer with medical or surgical castration eventually leads to the development of CRPC, which evolves in part as a consequence of the ability of prostate cells developing the capability of synthesizing its own testosterone and/or dihydrotestosterone from precursors, as well as other mechanisms of stimulating the androgen receptor (AR).2,3

Silberstein and colleagues have divided these resistance mechanisms into three broad groups: persistent androgen/ AR-signaling, AR bypass pathways and androgen/AR-independent mechanism.4 Ferraldeschi and colleagues3 have identified a gain-of-stability mutation that leads to a gain of function in 3βHSD1, an enzyme that catalyzes the initial rate-limiting step in converting the adrenal-derived dehydroepiandrosterone to the most potent androgen, dihydrotestosterone. The population frequency of this is approximately 22% but appears to vary widely by ethnicity. Efforts are ongoing to develop a competitive small-molecule inhibitor of 3βHSD1, and a sensitive and specific molecular assay for detection of 3βHSD1 mutations.5

Androgen receptor splice variants encode for truncated AR proteins that cannot bind to the ligand, but retain activity as transcription factors that are capable of promoting activation of target genes. Antonarakis and colleagues6 prospectively evaluated the AR splice variant 7 (AR-V7) in circulating tumor cells from patients receiving enzalutamide or abiraterone, with the goal of predicting response or resistance to these agents. Endpoints of their evaluation included PSA response, clinical or radiographic progression, and both progression-free survival (PFS) and overall survival (OS).

Other proposed mechanisms of resistance include glucocorticoid activation of the AR, and the presence of non-AR splice variant other AR mutations.7,8

The initial enthusiasm generated by approvals of the next-generation AR-targeted agents abiraterone and enzalutamide has been tempered somewhat by the limited efficacy when these agents are used sequentially.

Schrader et al9 recently reported on 35 patients with mCRPC treated with enzalutamide following therapy with abiraterone/ prednisone and docetaxel. In this group, the median duration of prior abiraterone treatment was 9 months (range, 2-19 months), with 16 patients demonstrating a greater than 50% decline in PSA as their best response. The median duration of subsequent enzalutamide therapy was 4.9 months. Seven of 16 patients (44%) who were initially abiraterone-sensitive and 3 of 19 patients (16%) who were initially abiraterone-insensitive experienced a greater than 50% PSA decline while taking enzalutamide.7

Noonan and colleagues10 recently reported on 30 patients from a number of centers treated with enzalutamide in the phase III AFFIRM study who were subsequently managed with abiraterone/prednisone. Of 27 evaluable patients, the median enzalutamide treatment duration was 41 weeks (range, 6-95 weeks). Subsequent abiraterone/prednisone treatment duration was 13 weeks (range, 1-52 weeks). No objective radiographic responses were observed, and the median abiraterone time to progression was 15.4 weeks, with a median OS of 50.1 weeks.

The mounting evidence of cross-resistance of abiraterone/ prednisone with enzalutamide has a number of important clinical implications. In patients managed with either abiraterone/ prednisone or enzalutamide as initial therapy, the selection of therapy at time-of-disease progression may require a more nuanced decision process. In patients who are asymptomatic or minimally symptomatic, crossover to the alternative agent may be reasonable, as the cross-resistance observed is not absolute, and some patients may in fact benefit from this approach, given the tolerability of these agents. In patients with symptomatic disease progression, in the opinion of the author, it may be preferable to select what appear to be more active agents, such as docetaxel, or in patients with bone-only disease, radium-223.

Several ongoing clinical trials hopefully will inform some of the many ongoing management questions. The US Intergroup study A031201 (NCT01949337) has recently completed enrollment of more than 1200 men with mCRPC who were randomized to receive enzalutamide or the combination of enzalutamide plus abiraterone/prednisone. This trial will address the issue of concomitant targeting of different AR pathways, as well as allow analysis of subsequent AR-directed therapies in patients randomized to enzalutamide alone.

Another important study is a randomized phase 2 study led by investigators of the BC Cancer Agency in Canada, where patients are randomly assigned to abiraterone or enzalutamide and then switched to the alternative agent at time of disease progression. This trial will provide prospective evidence of the true rate of resistance and has a number of potentially informative correlative studies embedded in the trial (NCT02125357).

A number of novel agents with the potential to overcome the resistance seen with abiaraterone and enzalutamide are currently under evaluation. Although a randomized trial of the novel agent galeterone was stopped early for lack of efficacy, other agents such as a VT-464, a lyase-selective inhibitor of CYP17, and EPI-001, a novel compound that interferes with the transactivation domain of the androgen receptor are currently being studied in abiraterone and enzalutamide-resistant prostate cancer patients.

Over the next several years, we can look to the potential development of predictive biomarkers to inform clinicians regarding optimal drug selection, in combination with prospective data generated from randomized trials to better enable optimal management of patients with mCRPC. 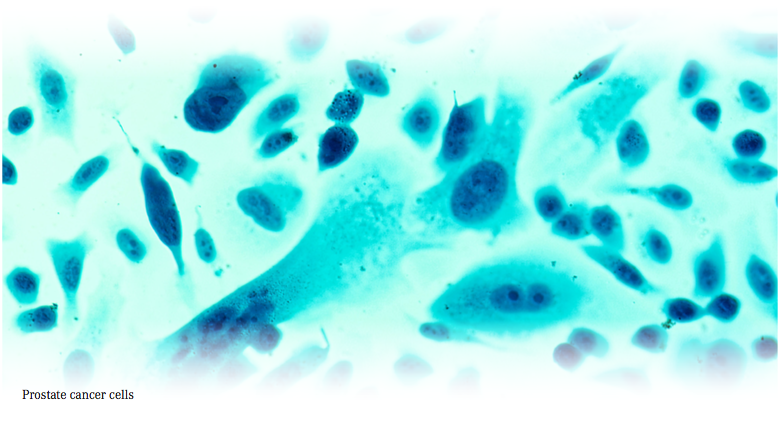